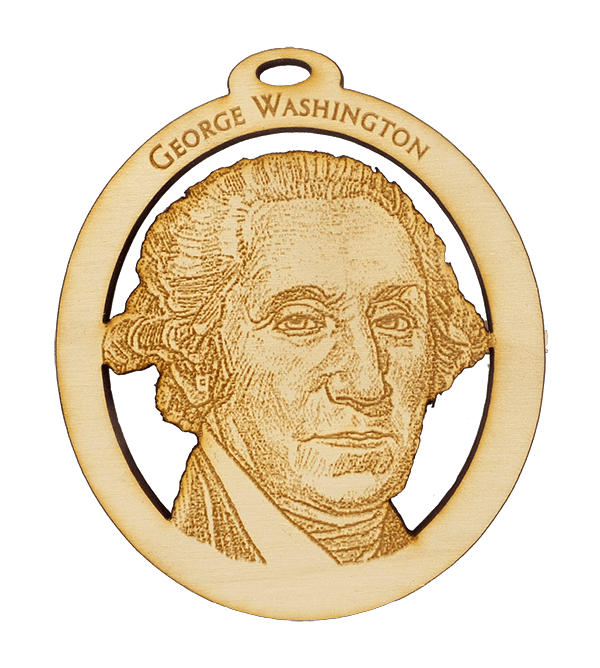 Our George Washington Ornament is a unique touch to add a bit of Americana and the wonderful history of the US to your home.

This George Washington Christmas ornament is the perfect solution to add a bit of Americana and the wonderful history of the United States to your home.

Each George Washington ornament is engraved in our South Carolina studio with an attention to detail that you can only find at Palmetto Engraving. Whether you are looking for unique patriotic ornaments or a handcrafted decoration for the holiday season, this ornament will be cherished for years to come.

George Washington was an American politician and soldier who served as the first President of the United States from 1789 to 1797 and was one of the Founding Fathers of the United States. He served as Commander-in-Chief of the Continental Army during the American Revolutionary War and later presided over the 1787 convention that drafted the United States Constitution. He is popularly considered the driving force behind the nation’s establishment and came to be known as the “father of the country,” both during his lifetime and to this day.

We take great care in the creation of each of these keepsakes because we know they are going to help to decorate their home and that is something that we cherish.

Thank you for looking at our Christmas ornaments made in the USA! See our reviews!

Click here to see some creative uses for using your patriotic Christmas ornaments all year long!

There are no reviews yet.